The Best Hiking Within 60 Miles of Boston

While the hike profiles I write and revise for the book 60 Hikes within 60 Miles: Boston are all formal and factual, I think of these previews more as my emotional response. This is what I would say to you while sitting at a pub having a burger and a beer after hiking. This too is all factual, but a bit more of a visceral reaction to the woods and the wild; a bit of waxing philosophical or poetic while perched at the pub. You can get the next round.

I am a huge fan of hikes that feel wild and remote, yet are quite close and easy to find. Ashland State Park certainly qualifies. Just east of 495 and just south of the Mass Pike, it’s definitely out in suburbia. After you’ve hiked out around the beach (which I bet gets pretty packed on warm summer days) and along the peaceful straight stretch of the dam, you’ll enter the woods on the far side of the dam and you’ll feel like you’re up in northern New England. The density of the forest, the rugged nature of the landscape and the twisting, winding trail definitely make this a worthwhile hike.

Don’t be lulled into complacency when you look at a map of Ashland State Park. It looks pretty flat. Just walk around the reservoir. Piece of cake. I can bang that out before I go for a *real* workout. Heh, heh… you might not break any distance records or achieve some lofty elevation hiking around the Ashland State Park reservoir, but let me tell you, you’ll know you’ve done something after this hike!

The full circumnavigation of the reservoir is a fantastic hike. It’s moderate in length, and the rugged nature of the landscape will keep you high-stepping. You’ll need to watch where you’re walking to make sure you don’t twist an ankle or eat it and land in the mud. Speaking of eating—Stone’s Public House is the perfect spot for a post-hike beer and burger, and another beer. 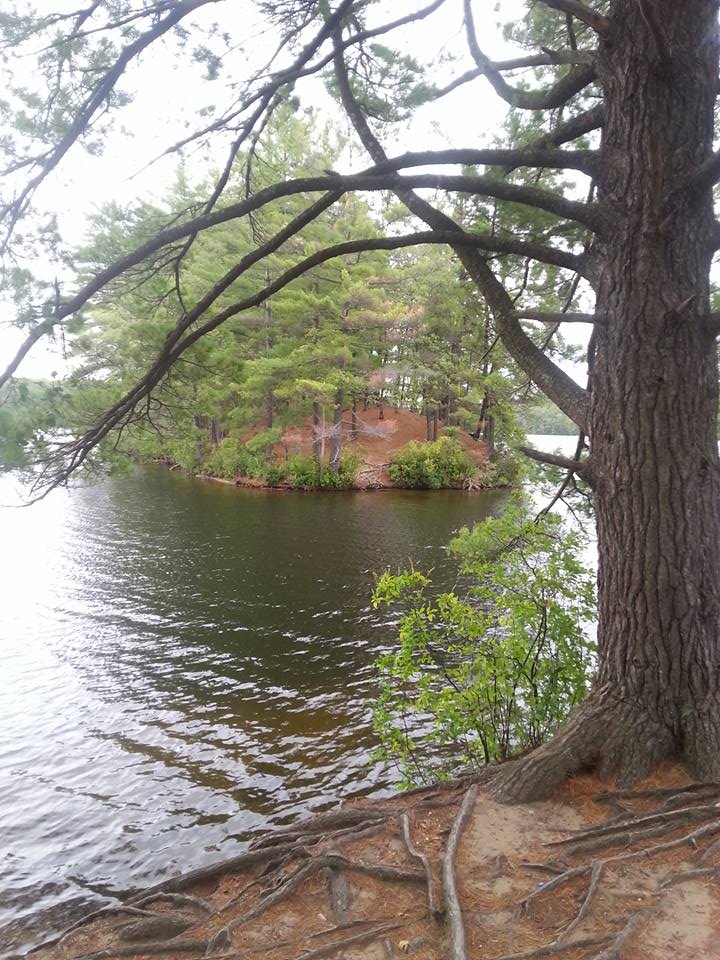 I have long been drawn to the Boston Harbor Islands. I have been out there many times with my son when he was younger, and my father who was a huge history buff. While not profiled in Best Tent Camping: New England or the forthcoming second edition of 60 Hikes Within 60 Miles: Boston, Georges Island is the most popular of the Boston Harbor Islands and home to Fort Warren. While it never saw any military action defending Boston Harbor, the fort was used as a prison during the Civil War. Then in WWII, it hosted some of those huge coastal guns.

Spectacle Island, which is much smaller and has a much less spectacular history, is nevertheless a truly spectacular spot today. There are direct ferries from the Marriot Long Wharf terminal all season long. The stroll around the coastal trail is peaceful, relaxing journey around the island’s grasslands and hardy island undergrowth, juxtaposed to the bustling activity of Boston Harbor. Look inland toward island tranquility. Look out to the harbor and you’ll see a maritime Mass Pike of sailboats, powerboats, ferries, commercial ships and jets zooming in and out of Logan airport. Best to just focus on your hike around Spectacle Island.

There are also two drumlins on the island—aptly named North Drumlin and South Drumlin. The north one is up to the… never mind. You can figure it out. A quick hike up to either of these affords a sweeping view of the harbor and surrounding islands.

I mentioned Spectacle Island has a slightly less spectacular history than nearby George’s Island. Well, it used to be a landfill for the city of Boston. In fact, it was filled in so much that in changed the topography of the island. It once was two small island connected by a spit of land. Now it’s a filled in pork chop shaped island, sort of like an upside down Block Island from a certain point of view. That ignominious beginning notwithstanding, a trip to Spectacle Island will stay with you for a while. It is well worth the trip. 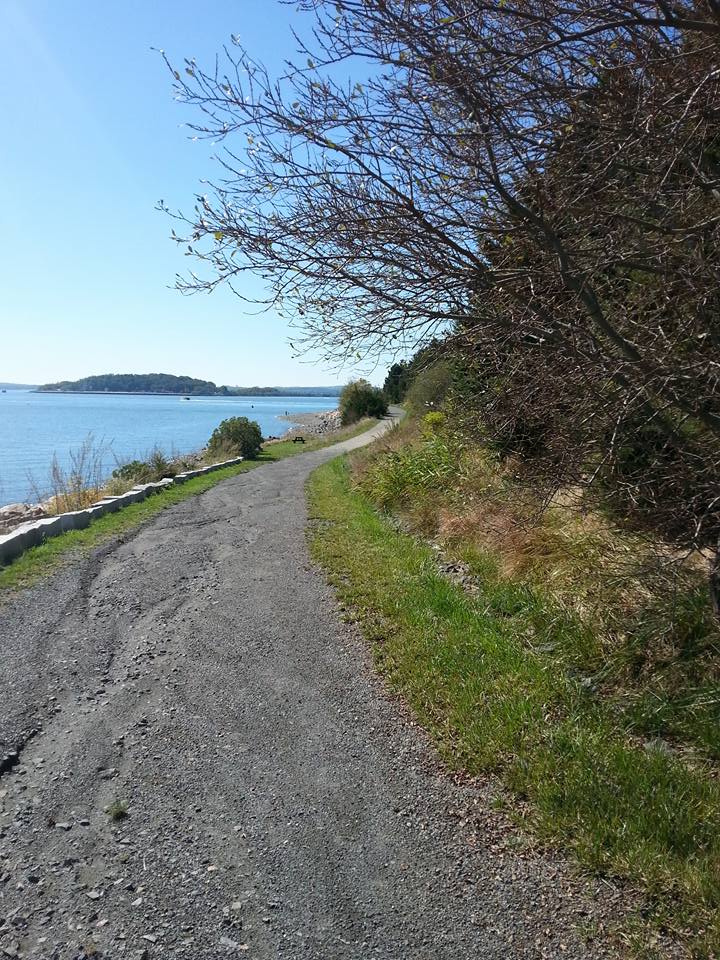 Tucked into the urban miasma that is Route 9 and the Chestnut Hill mall area, the Hammond Pond Reservation is surprisingly serene. You actually park in one of the outer mall parking lots, which feels a little weird. But once you’re in the woods, the noise and rumble of traffic rapidly fades away.

The first big landmark is a massive granite ledge, easing out of the forest floor like an ancient gray whale breaching the waves. You will most likely see some brightly colored rock climbers there practicing their moves, as it’s a popular spot for organized classes or rock-hounds just getting a quick fix.

Deeper in, you’ll pass by and around a delightfully dense swamp. It’s a truly scenic and dense forest; again made all the more amazing when you consider it’s plopped right into the dense urban jungle of greater Boston. A hike through the Hammond Pond Reservation is a deep restorative breath amidst a frantic flurry of commuters and shoppers and construction. 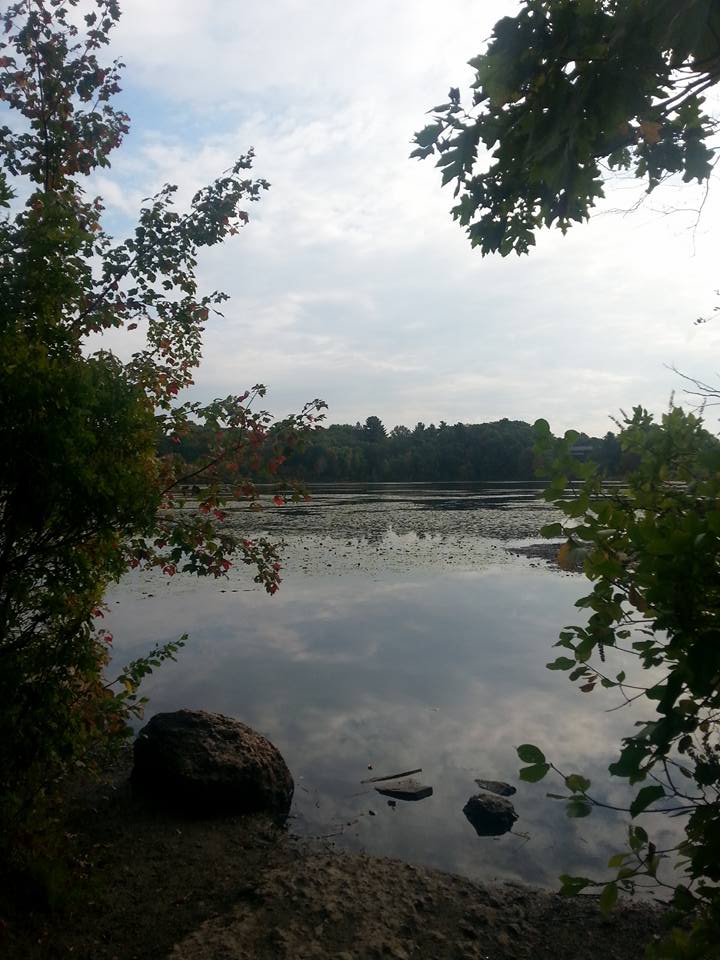 Jamaica Pond is more of a walk than a hike, but it’s still well worth mention in the Boston book. After all it is right in the Jamaica Plain neighborhood of Boston. You will most certainly not be alone when circumnavigating Jamaica Pond. The well-worn path around this small yet scenic body of water is often filled with strollers pushed by young parents, joggers, walkers, and all manner of humanity.

You’ll pass along busy open roads, past deeper forests and the hillside where once stood Pinebank Mansion, and a busy urban boathouse as you walk around the pond. On any given day, there may be sailing classes or folks trying their hands with model sailboats, kids splashing in the pond, and some fathers teaching their sons how to cast.

The one spot that truly stopped me in my tracks on my journey around Jamaica Pond is a grove of beech trees, including one massive sprawling beech tree that must be the granddaddy of all beech trees in the Boston area. The light forest canopy lets a lot of light in here so you can truly appreciate the size and gnarled beauty of these trees.

So how did Jamaica Pond earn its moniker? There are a lot of theories from what I understand. Apparently, the name Jamaica derives from an Indian name meaning “abundance of beavers.” Other ties the history of the island to rum distillers in Jamaica. The one that seems to make the most sense to me is that the pond itself is shaped like the island of Jamaica. Often the simplest explanation is the best. 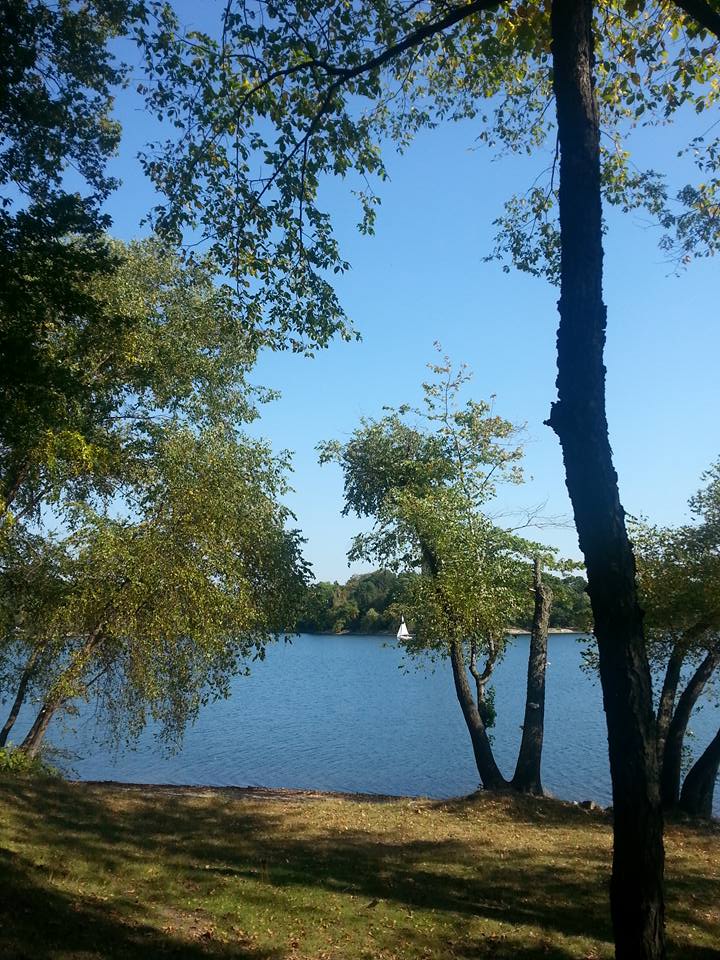 The Round Pond reservoir and the surrounding forests is a truly classic New England hike. It’s a simple network of trails winding through a dense mixed forest of all manner of conifers and deciduous trees. The trail rises and falls, but you’re never gaining or losing too much elevation, so this is a great hike for younger hikers. You hike out of and around a couple of kettle ponds, gifts of the glaciers that once covered the entire northeast. There’s just something about the character of the forest and the landscape that struck me while hiking around Round Pond. When you think and dream of a hike through the woods, this is the sort of thing that would come to mind!

Round Pond is also quite close and easy to find. It’s just off Route 3 in Duxbury, so this is a great spot for South Shore hikers. You’ll hike past the namesake pond shortly into the hike. There are a couple of spots to sit and rest and just enjoy the sights and sounds of the pond. This is a great spot for birding if that’s your thing. You’ll also pass a number of cranberry bogs, which are always cool to see—especially in the fall when they’re blazing with color. So whether you’re into nature photography, birding, or just a restorative and relaxing hike through the forest, put Round Pond on your list. 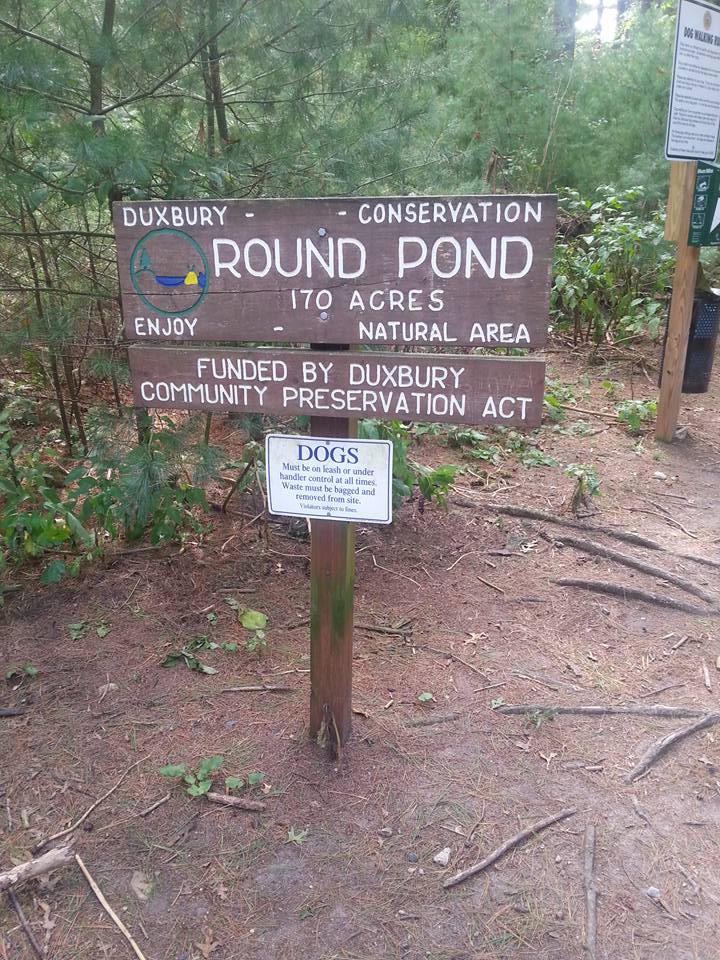