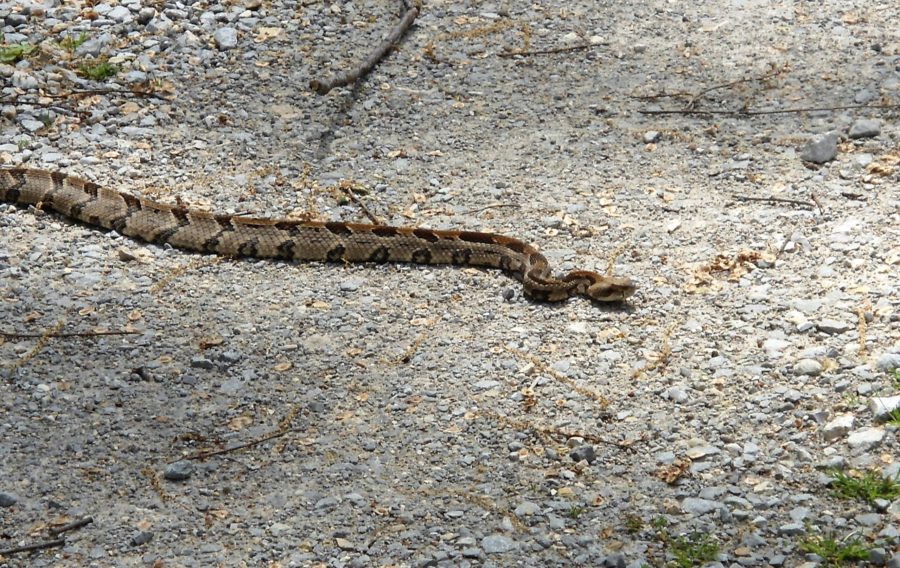 Braving A Hike on Snake Road in Illinois

in Travel
by Tanya Twerdowsky
0 Comments

Snakes.  Slithery, tongue-flicking, inevitably the bad guys in folklore and fantasy. Fascinating creatures to view at the zoo or in the pages of National Geographic, but most of us who enjoy the outdoors would rather avoid sudden encounters with them on the trail. Even when hiking where I know full well there are no venomous ones, I’m inevitably startled when I stumble across on a snake in the path in front of me. (I may, on occasion, have even let out an embarrassing shriek, but since I’m usually hiking alone no one else can attest to that.) 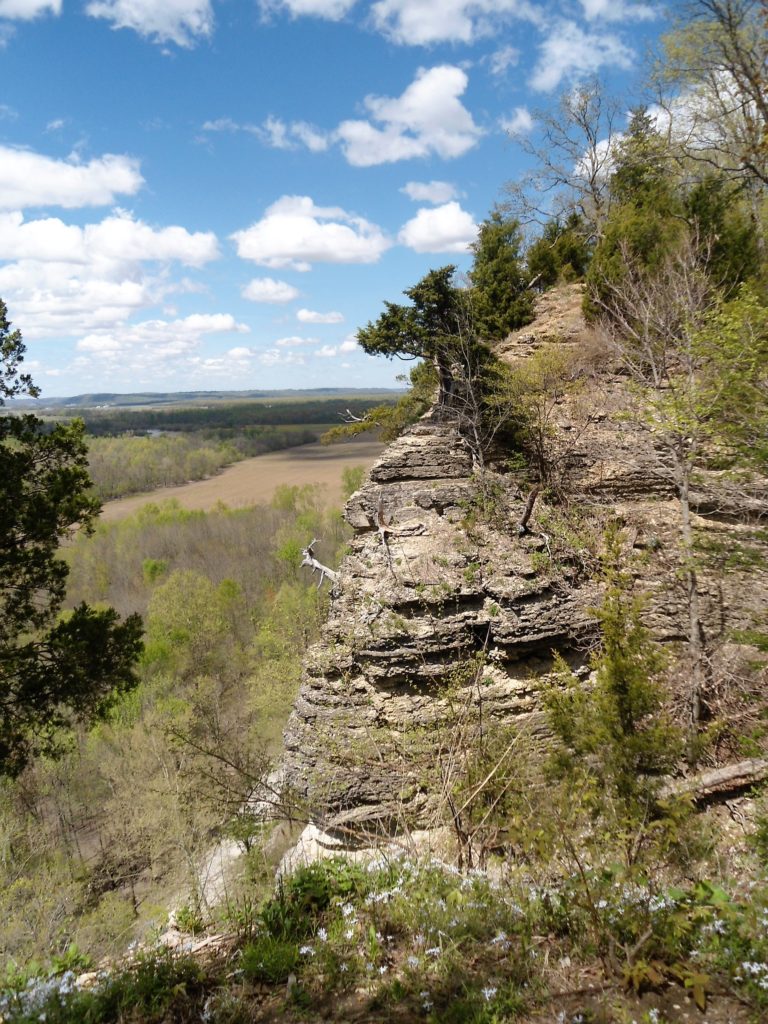 But what if you could hike where you’re almost guaranteed to see snakes, and venomous ones at that? You could go into it with your eyes wide open, watching for them, appreciating them from a hopefully safe distance. And if you can also enjoy some stunning southern Illinois scenery at the same time, all the better.

That’s where I found myself one beautiful April morning on what has come to be called “Snake Road.” It’s actually Forest Service Road No. 345, located in the LaRue-Pine Hills Research Natural Area of the Shawnee National Forest. This 2.8 mile stretch of gravel lies at the foot of towering limestone bluffs to the east and wetlands to the west. The area is home to some 66% of the amphibians and 59% of the reptiles known to occur in Illinois. In warmer months they frolic in the wetlands, then in the fall they migrate across the road to the bluffs to hibernate. The trek is reversed in the spring. The road is closed to vehicular traffic for two months in the spring and two in the fall to let them cross without getting squashed. But hikers are welcome, and many come from around the region and even the country every year to see the snakes.

I had already written the first edition of Best in Tent Camping: Illinois, hiked and camped all around the area, but had yet to set foot on Snake Road. I decided that integrity, at least, compelled me to check it out so I could update the second edition from experience.

I parked at the closed gate at the southern end of the road, where there’s just enough room for a few cars to pull off.  (A larger parking area is at the northern end.)  I set out secretly hoping I would not see ANY snakes, that I could complete the hike and pat myself on the back for having attempted such a brave feat, but, sadly, it was not a good day for snake-spotting. 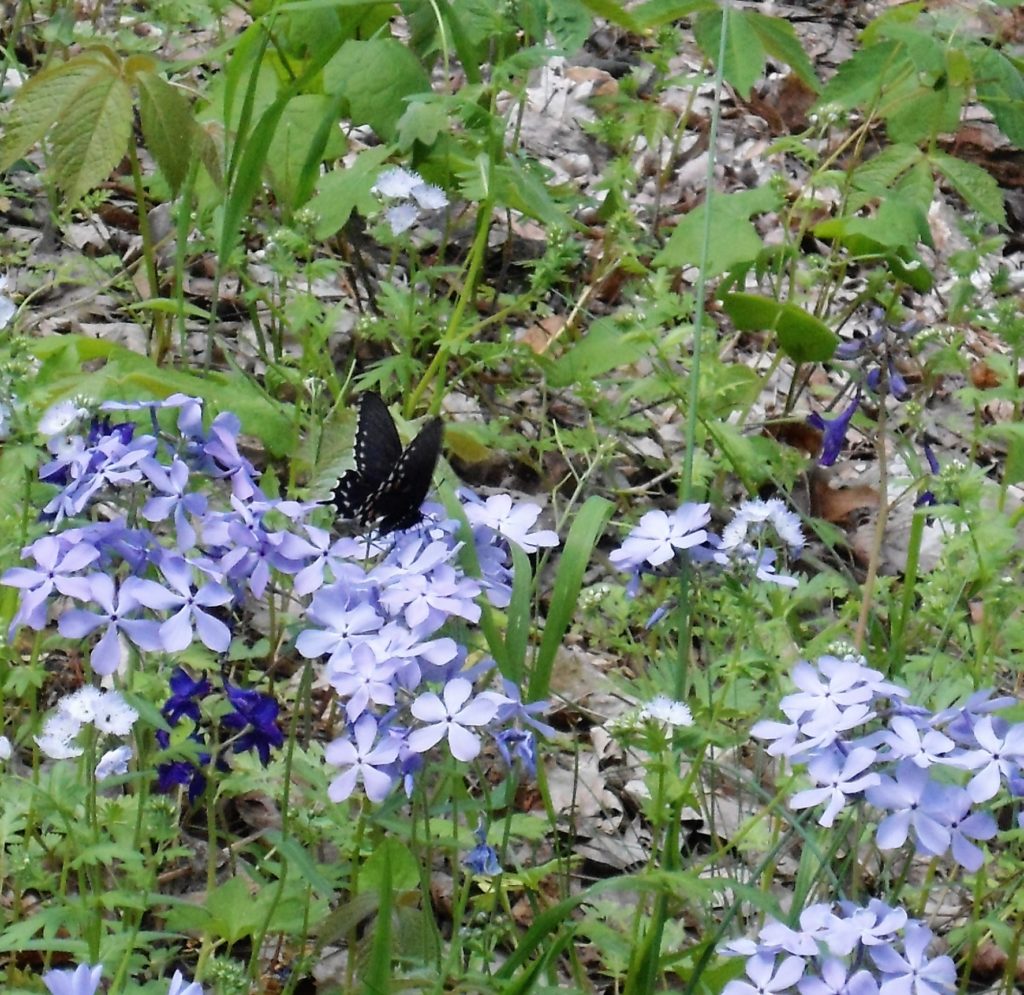 The scenery alone is worth the hike.  The bluffs are beautiful, and when I was there wildflowers and butterflies were abundant.

It wasn’t long, though, before I encountered my first snake. Right in the middle of the road, dark against the light-colored gravel, easily spotted as I approached. It was a cottonmouth, quietly basking in the sun. With a hefty zoom lens on the camera I snapped pictures from a healthy distance, then continued down the road, giving the napping snake a wide berth. 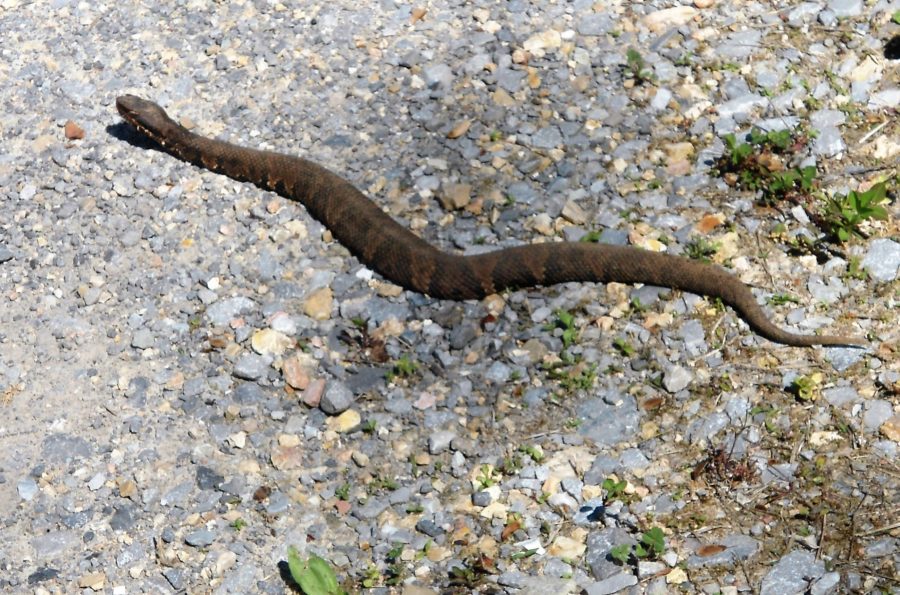 I ended up seeing one more cottonmouth, two timber rattlers, and one little green snake that a girl much braver than me had picked up. The second rattler was curled up on a ledge in the bluffs, right about eye level. Some other hiker had placed an arrow of sticks in the road, pointing to the spot, where several people were gathered. I probably wouldn’t have dared to go hunting for it on my own, but when someone volunteered to lead me to the exact spot, I couldn’t back out. I snapped the obligatory pictures, and headed back to the relative safety of the road. 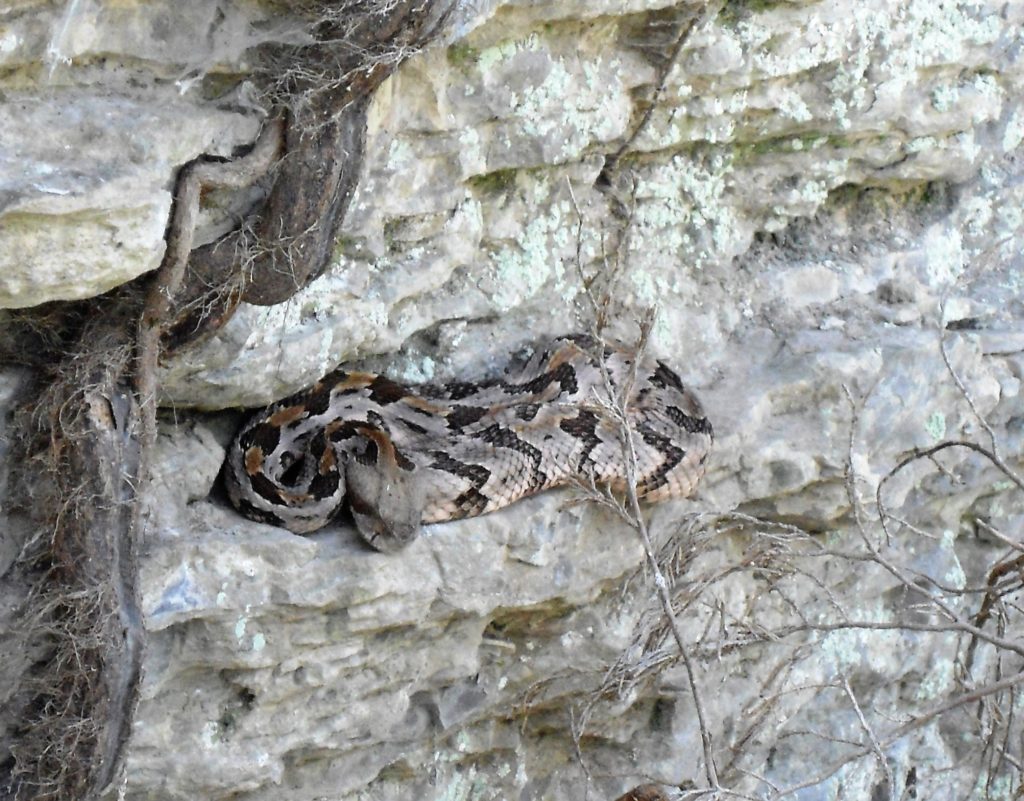 Snake Road is closed to traffic from March 15 to May 15, and from September 1 to October 30.  To get there, take Illinois Route 3 to Muddy Levee Road, just south of the bridge over the Big Muddy River. Head east 2.5 miles to the intersection with LaRue Road. The Winters Pond parking lot on the right is at the northern end of Snake Road.

If you visit, don’t miss viewing the area from the top of the bluffs, as well. From the Winters Pond lot, follow LaRue Road north about 1 mile to the pull-off labeled “Inspiration Point.” From there a .25-mile trail leads to breathtaking, panoramic views—just don’t get too close to the edge! And you’ll find peaceful primitive camping nearby at Pine Hills campground or Trail of Tears State Forest. Grab a copy of Best Tent Camping: Illinois for details!

John Schirle is the author of Best Tent Camping: Illinois, the 2nd edition of which will be released October 16, 2018. He can be contacted at illinoiscamper@gmail.com