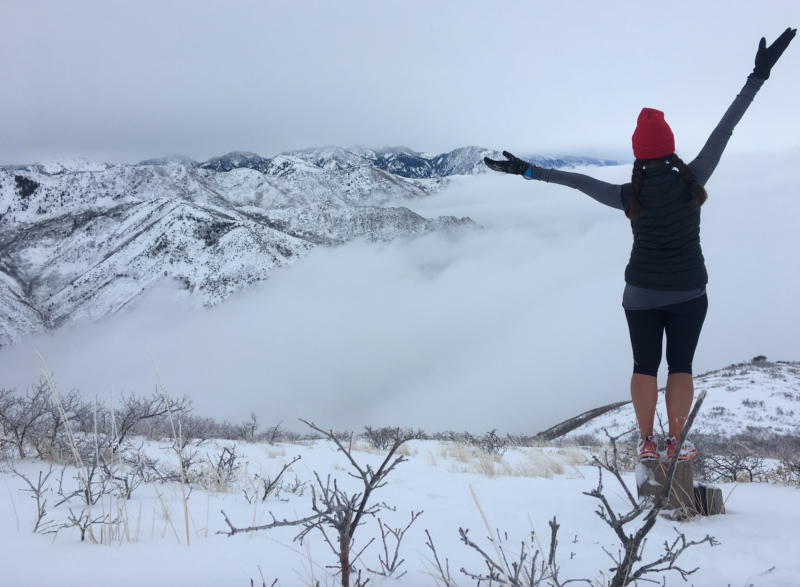 ‘Twas the Night Before Christmas in the Forest

Twas the night before Christmas, and all through the park,
All the creatures were stirring because it was dark.

The bear bags were hung from the trees way up high,
In hopes that black bears haven’t learned how to fly.

The campers were nestled all snug in their bags,
They chose not to stay up all night because they are drags.

But they slept nice and sounds with faces full of smiles,
They were really quite exhausted from hiking all those miles.

When out in the forest a loud ruckus was heard,
The campers sat up quickly without saying a word.

They put on their headlamps and crawled out of their tents,
Hoping the bears and cats hadn’t picked up their scents.

When what strolled right up to the campfire ring,
But a whole pack of animals, and boy did they sing.

They kept coming and coming right out of the trees,
They were not stopping, they were swarming like bees.

They lit a fire and started cooking a feast,
Who would have thought—dinner cooked by a beast.

The birds worked hard hanging lights high and low,
The rabbits were making a runway in the snow.

The moose cooked a stew, the bobcats made bread,
The campers watched in awe, wondering if they were sick in the head.

And then the campers turned and looked up to the sky,
And saw Santa and eight tiny reindeer fly by.

Before they could process what they just saw,
Santa landed on the runway with a great “Yee-haw!”

He looked like in photos, white beard, dressed in red,
He leapt out of his sleigh and to the animals he said:

The reindeer were real, you could tell from their walk;
If the campers listened closely, they could even hear them talk.

Santa looked jolly and friendly, just like in the books,
The campers wanted to meet him, they decided with knowing looks.

They cautiously crept from the safety of their tents,
All ready to join the forest Christmas events.

“Well hello!” Santa exclaimed, his eyes full of glee,
He gave the campers a wave as he set the last reindeer free.

“Hello,” said the campers, “Are these animals all tame?”
“We mean no harm, we want to join this jolly Christmas game.”

Santa gave a loud chuckle, the animals did too,
“Of course they are tame, the forest is better than the zoo!”

The campers were amazed, this was better than a dream,
They all sat and ate the feast—there was even ice cream.

Santa suddenly stood up and said “This was fun, now let’s go sleep!”
And the animals all left without hardly a peep.

The campers heard Santa yell as he took off in flight,
Merry Christmas to all, and to all a good night!