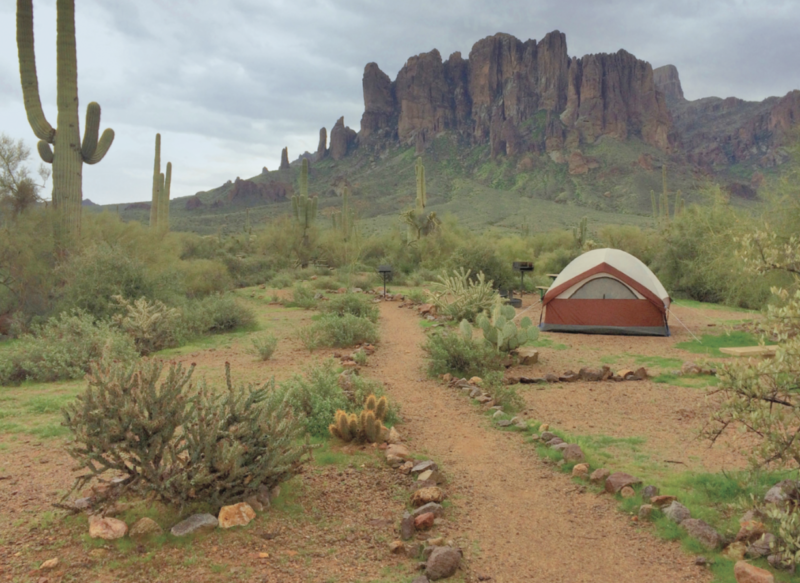 Where You Should Camp in Arizona in the Winter

Winter weather is fun for a few weeks, but eventually it gets old and you long for the days where the sun warms your skin and you can spend time outside and still feel your extremities.

Which is why a trip to Arizona this winter is a brilliant idea! Only we’re not talking about the Arizona for snowbirds, the land of resorts and crowded pools. We mean the Arizona wilderness—go camping in the forest, the desert, the mountains.

Roosevelt Lake’s nicest campground (also the largest all-solar-powered campground in the United States) has all six loops named after different types of cholla (pronounced choy-ah), a type of cactus with very sharp, barbed spines. The most notorious varieties are the teddy bear, which looks so soft that you might be tempted to pet one (don’t try it!) and the jumping cholla, which they say doesn’t actually jump, but is devilishly clever at using your skin, clothing, or dog as transportation for propagation. Once it catches on, it’s extremely reluctant to let go.

Like almost all of Arizona’s lake campgrounds, Cholla was built to be RV-friendly. Don’t despair at the sight of all the satellite dishes. You’ll find 18 walk-in, tent-only sites to get away from the generators, although you can expect to hear boat engines throughout the day.

Stop at the Cane Cholla loop first. The host here says that the tent-only sites rarely get used, so if you are willing to haul your gear 50–400 feet from your car, you may well claim prime real estate all to yourself. 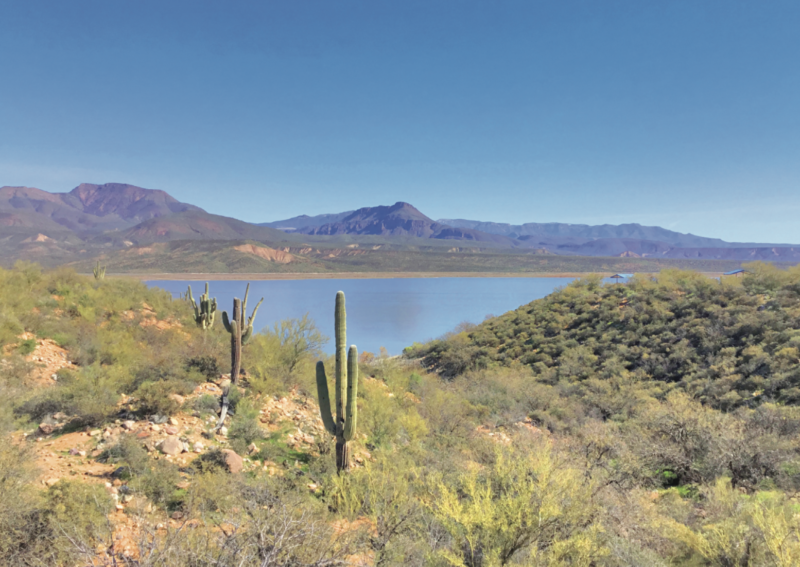 McDowell Mountain Regional Park’s 21,099 acres make it one of the largest parks in the Maricopa County Parks System. Although only 45 minutes from the Phoenix airport, you might believe that you have stepped back in time in this Sonoran Desert oasis. Expect the evenings to be quiet except for the eerie yipping of coyotes nearby, or the light steps of a deer or javelina passing through the campground.

The McDowell Mountains are made up of the oldest rocks in the area—metamorphic rocks from around 1,745 million years ago. The highest point (4,034′) overlooks the park from the adjoining Scottsdale McDowell Sonoran Preserve. In many areas of the park, you’ll have postcard views of the Four Peaks—more than 7,000 feet tall and home to North America’s only active amethyst mine—and the Mazatzal Mountains in the distance. This beautiful landscape was home to the Hohokam Indians 2,000 years ago, and several Hohokam hunting and gathering sites can be found in the park. 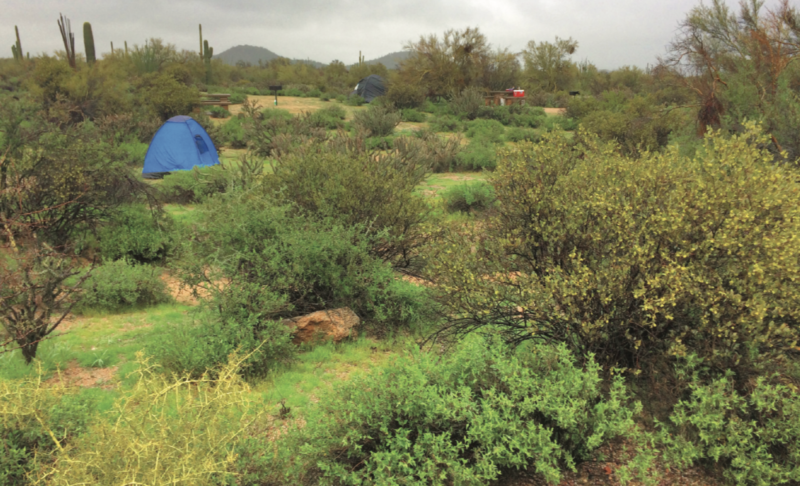 The Superstition Mountain Wilderness is a rugged desert gem right on the edge of the sprawling Phoenix metro area. Multiple hiking and horseback-riding trails meander through the 160,000-acre wilderness stretching east of the city and south of the historic Apache Trail. Each campsite at Lost Dutchman State Park has a postcard-perfect backdrop of these magnificent red saguaro–studded crags, and the park makes a good fall-to-spring base camp for your own prospecting trip.

Legend has it that Jacob “The Dutchman” Waltz found gold while prospecting in the rugged Superstition Mountains. On his deathbed he revealed the location of his mine to two close friends, but they were unable to find it. Thousands have since gone into these mountains in search of their fortunes, and some have died trying; the Dutchman’s treasure remains hidden today, even though maps to the possible location are on display at the Superstition Mountain Museum in Apache Junction.

One image, one distinctive silhouette, embodies the desert Southwest for people across the globe. From cheesy tourist tchotchkes to the Arizona state quarter, the mighty saguaro cactus raises its arms on high. Arizona has more than one spectacular giant, however, and the extreme southern edge of the state is the one place in the United States where you can admire the massive organ pipe cactus.

As you are pulling into the park on AZ 85, look for the turn for Alamo Canyon Road on the east side of the highway at milepost 65.5. The turn is not signed, so go slowly and keep your eyes peeled. Drive 3 miles down a good dirt road to four campsites at the foot of the Ajo Range, whose rugged face glows crimson at sunset due to the rhyolite in the hills. All sites have a picnic table and upright grill, and saguaros and organ pipe cacti tower around you. The pick is spacious site 4, with a great view into Alamo Canyon. At night, an astonish- ing blanket of stars unrolls above you. From this campground you can explore the 1-mile Alamo Canyon Trail. An old ranch house, corrals, and ancient metates testify to centuries of history in the quiet and relatively verdant canyon. 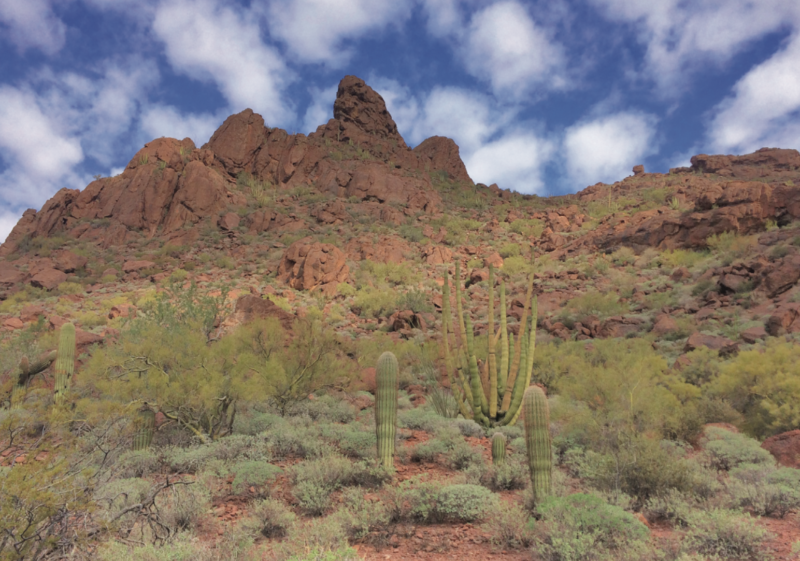 For more camping ideas for every season, pick up a copy of the new Best Tent Camping: Arizona by Kirstin Olmon Phillips and Kelly Phillips.