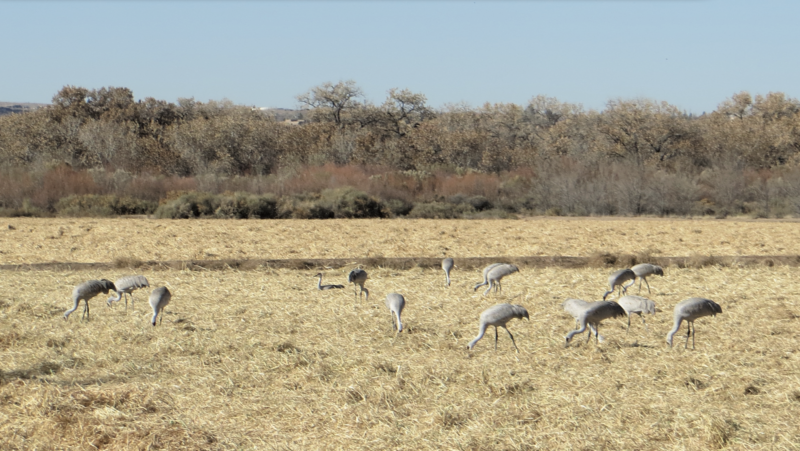 Why You Should Visit the Rio Grande Bosque in Early Spring

Albuquerque is wonderful for hiking in the early springtime, before the sun gets too oppressive. David Ryan, author of 60 Hikes Within 60 Miles: Albuquerque, shared with us how he watches the seasons change and taught us its not only flowers that come out in the spring.

The Rio Grande Bosque (cottonwood forest) is a great place to walk any time of the year. There is always something special to see and no better place to observe the change and cycle of seasons. The bosque is featured in Hikes 4, 11, and 13 of the just-released 3rd edition of 60 Hikes Within 60 Miles: Albuquerque. 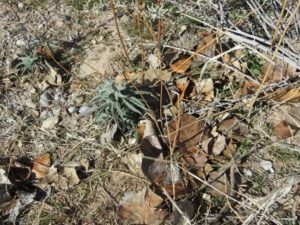 As you enter the bosque, if you’re fortunate, you might see a flock of sandhill cranes flying overhead. The cranes begin heading north from their winter feeding grounds in the central Rio Grande valley of New Mexico right around Groundhog Day and will continue to do so until the last stragglers leave in early March.

If you look toward the ground, there is a good chance that you’ll see new growth starting to sprout. And if you cast your gaze toward the trees, you might notice a tinge of life in the branches as the trees slowly wake up from their dormancy and start pumping nutrients to their far branches. The branches will soon have buds and blossoms to start a new cycle of seasons.

And if you look further up into the high branches you might see a big yellow brown ball that looks like a large squirrel nest. But as you look closer you might notice a slight movement and the sun glistening off of some spines. What you’re looking at is a porcupine! And in this February, the bosque seems to be inundated with them. 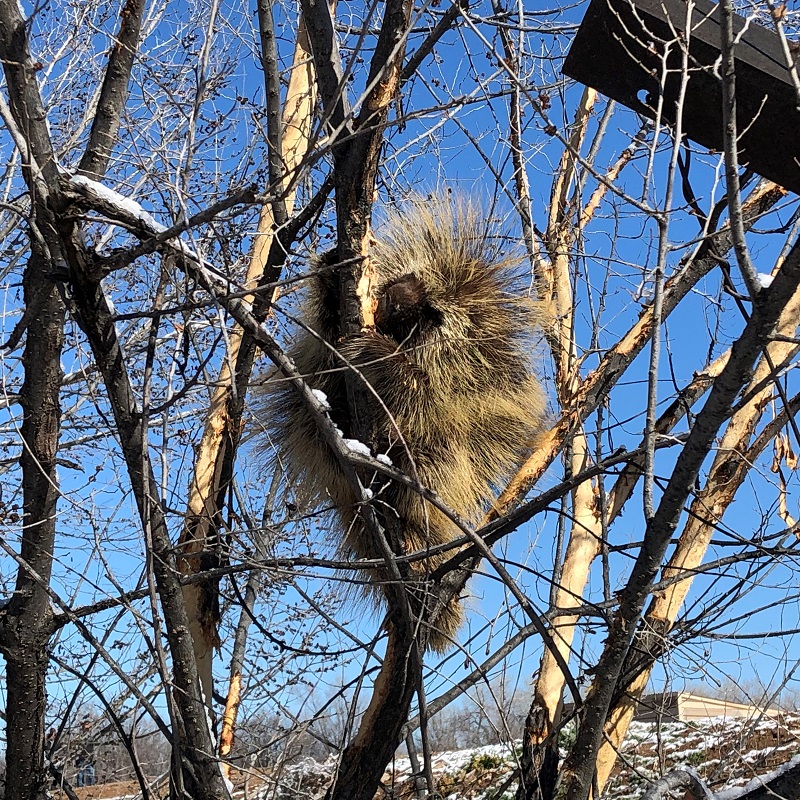 I happen to live near the bosque and walk through the bosque with my dogs several times a week. For the last two or three weeks, we’ve been seeing porcupines every time we go out. We sometimes see as few as two, and on other days we have seen close to twenty! 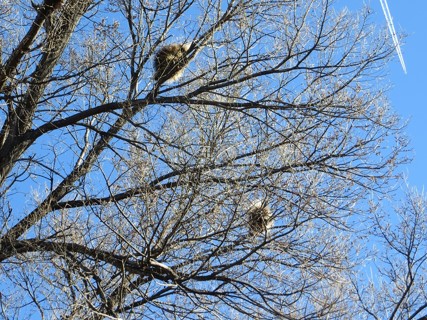 With the trees starting to pump nutrients, the porcupines are high up in the branches to gnaw on the bark. Over time they can strip a branch of most of its bark. 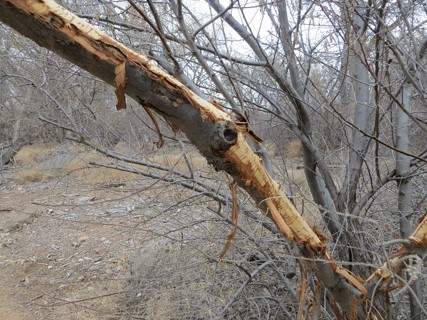 Porcupines are not the only creatures feeding on the trees. As you walk through the bosque near the river, you’re likely to find trees and saplings that have been brought down by beavers. With the beavers living in dens along the riverbank, you’re not likely to see one, but you can certainly see their handiwork. 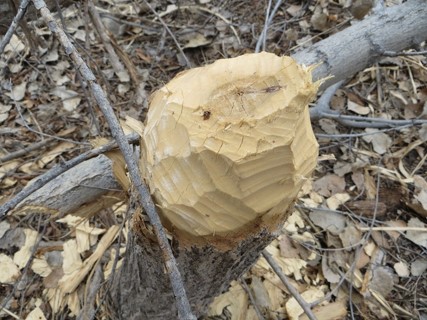 If your route takes you by one of the ditches that carries water year round, make sure you look into the ditch. You’re likely to see mallards, wood ducks, coots, geese, and small fish swimming around.

If you return to the bosque in a few weeks, the plants will likely be fully grown and the trees will now be covered with leaves. The added foliage will make it difficult to spot the porcupines up in the branches, but there is a good chance that you’ll see plenty of nesting birds, including owls. By the end of March, the nearby acequias (irrigation canals) will have been filled with water and begin to flow. The paths along the acequia banks offer you another chance to observe the cycle of seasons. In addition to watching ducks swim on the surface, make sure you look at the bottom where you’re likely to see crawfish scrambling around.

As the cycle of seasons continues, the bosque will give you more reasons to visit. In the fall, the bosque will become a blaze of color. Toward the end of October as the acequias are being shut down for the year, the cranes will return from their northern excursion and remain throughout the winter as the trees and everything else starts to go dormant.