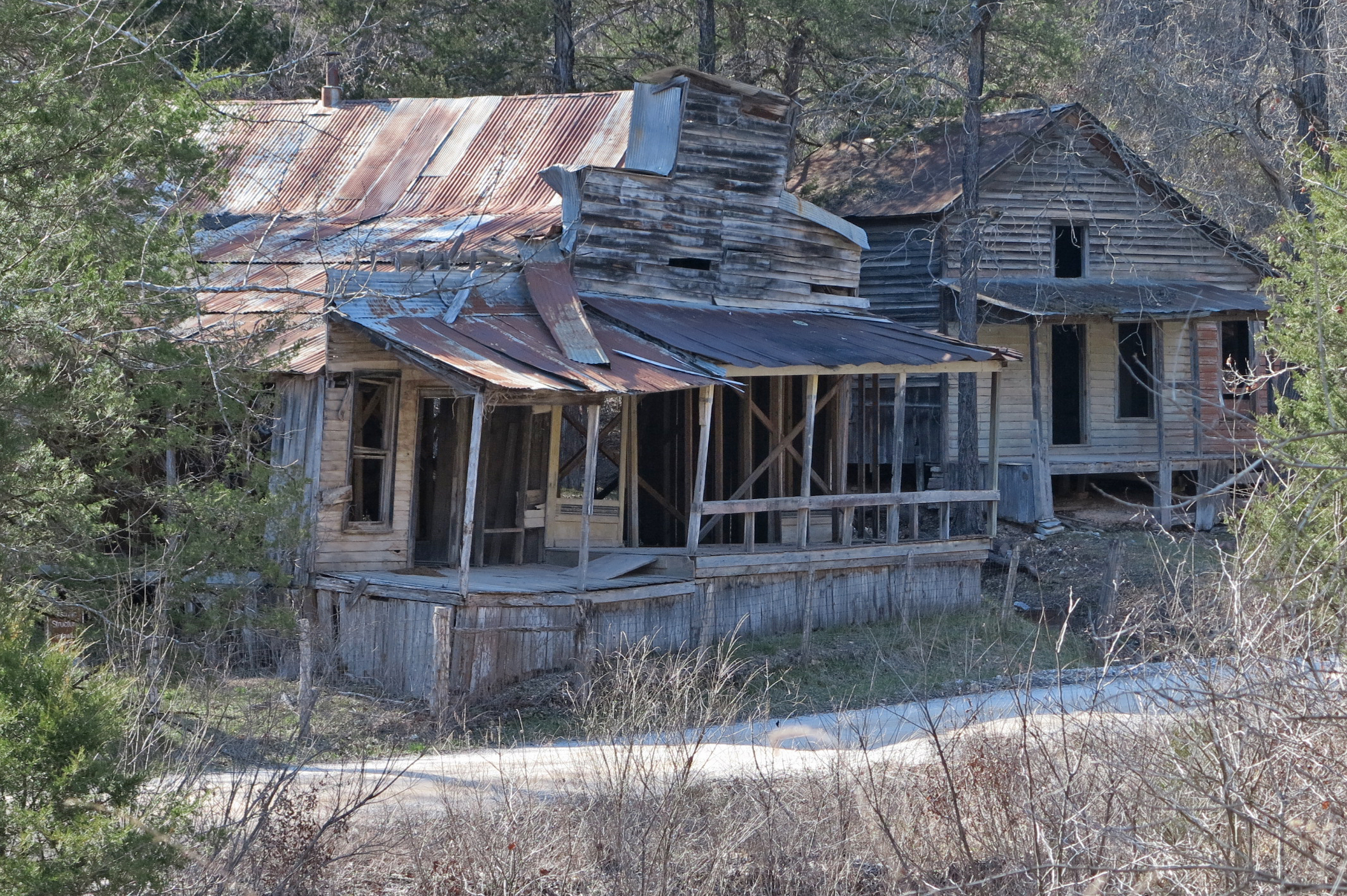 The Rich History and People of the Ozark Mountains

People of the Ozarks past…

One of many examples of people from the past in the Arkansas Ozarks is the ghost town of Rush. This small mining community, close to the Buffalo River, began in the 1880s and thrived in the 1920s when zinc was in high demand during World War I. Rush declined along with the demand for zinc and was finally abandoned in the late 1960s. According to Neil Compton, “By 1969 Rush was bereft of inhabitants except for Gus Setzer and Fred Dirst, an old miner who conducted tours into the mines for wandering visitors…” 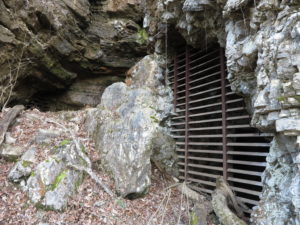 Abandoned mine in Rush, now closed to visitors

Rush eventually came under the ownership of an industrialist who planned to make a tourist trap of the place, but he sold it to the National Park Service. I hate to think of what this place might have become if a developer had gotten hold of it.

Today, interpretive signs are placed along a short trail that loops through the center of Rush. A longer trail follows the mining level up above downtown. If you have several hours, you can make the 4.6-mile out-and-back hike that passes abandoned mines and historic structures. 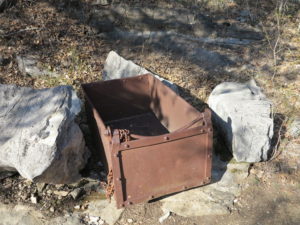 Ore cart next to an abandoned mine 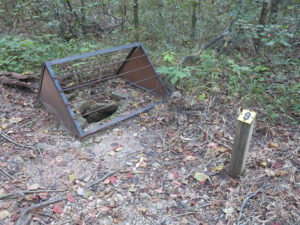 Historical well next to the Homesteaders Trail

One of the wells had a good level of water, surprising because the creeks were dry. Another well was dry, so I lowered my camera through the grill to take a picture. I wrapped the strap around my wrist to be sure I didn’t add another historic artifact to the well. 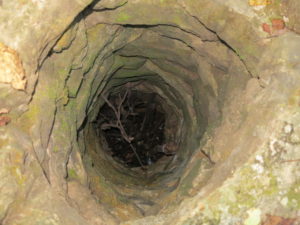 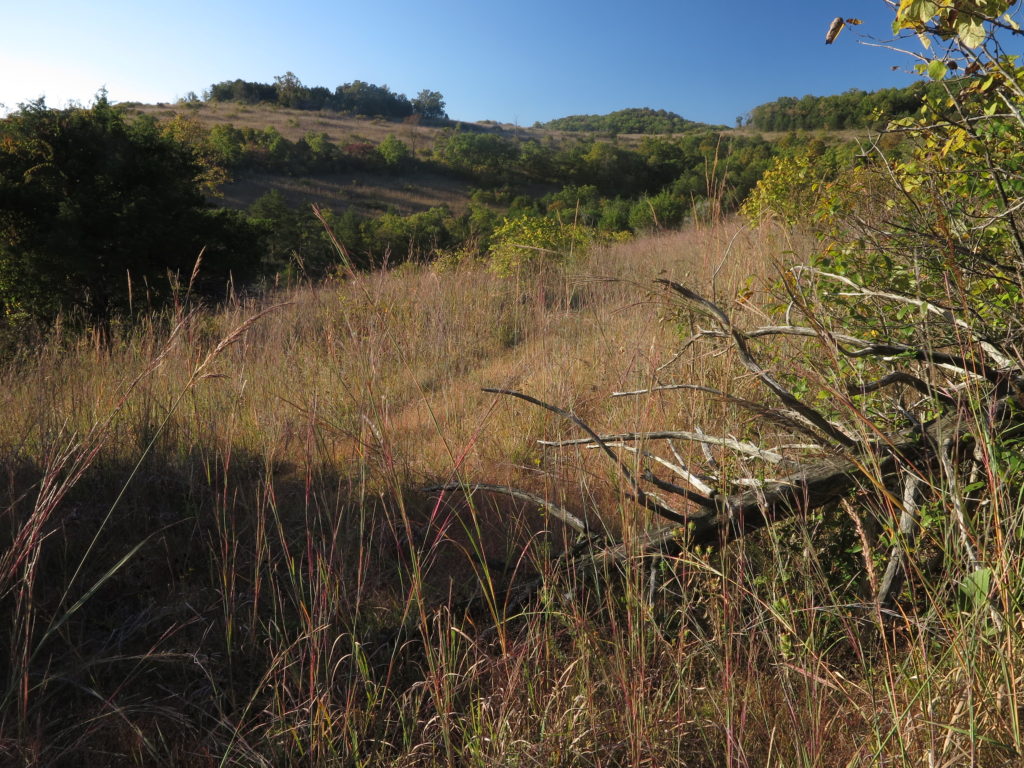 Glade next to the trail

Ruth and Paul Henning provided this land that is now a Conservation Area on the northwest edge of Branson, Missouri. Paul was a writer and producer, responsible for several television classics like Beverly Hillbillies, Green Acres, and Petticoat Junction. Paul died in 2005, but he would be pleased to know his gift is being enjoyed and protected.

People in the Ozarks present… 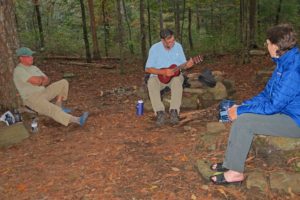 Part of what makes the Ozarks special is the generous people you’ll meet. You may find solitude on the trail, but usually you’ll cross paths with a few hikers each day. On recent trips into the Ozarks, I’ve met hikers from New Mexico, Nevada, Arizona, Oregon, and Alaska. Without exception, they’ve been friendly and helpful. Differences in age, politics, and economic status all dissolve away on
the trail. 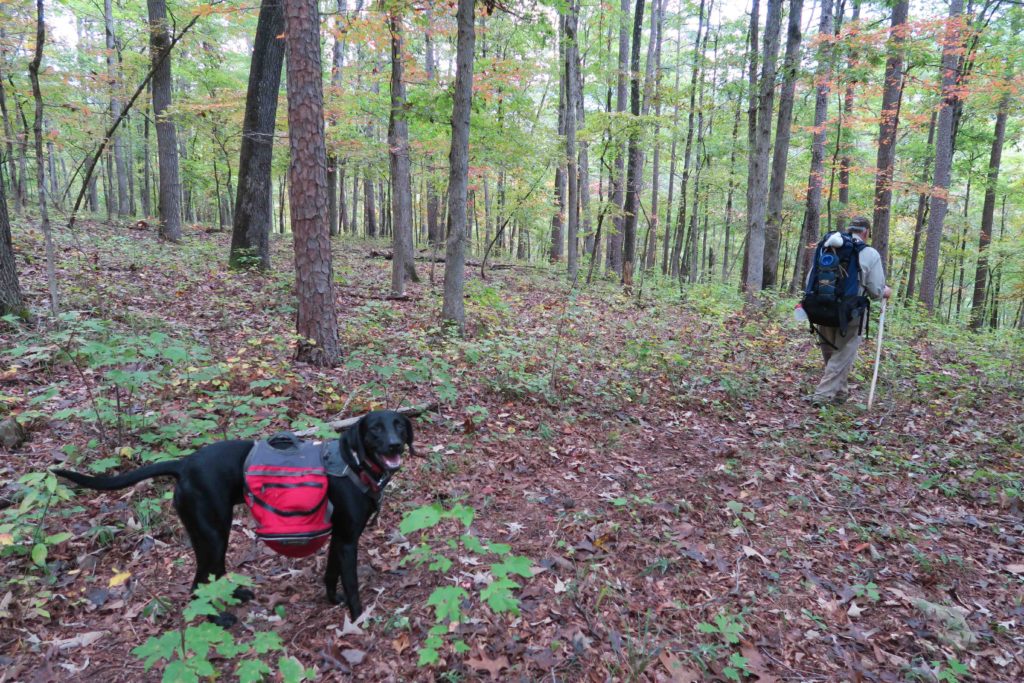 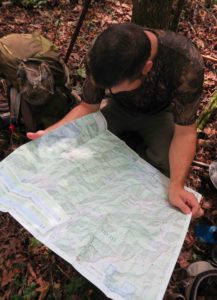 Last weekend I hiked a 20-mile section of the Ozark Highlands Trail (OHT) with a delightful group of 12. Colors were just beginning to turn. We met a man from out of state who’d had difficulty following the trail in a couple of places. We shared a little advice about the section he was entering. When we arrived at the next trailhead, we met another group of hikers who met the same gentleman later and gave him one of the beautiful new $14 OHT East maps of the trail to help him along his way.

The night before, I filtered water for a friend, reminding me of the kind hiker on the John Muir Trail who gave me the filter pouch I was now using to help my friend. That’s the way things happen in the Ozarks. One kind deed triggers more, and the giving moves along the trails, spreading to others. 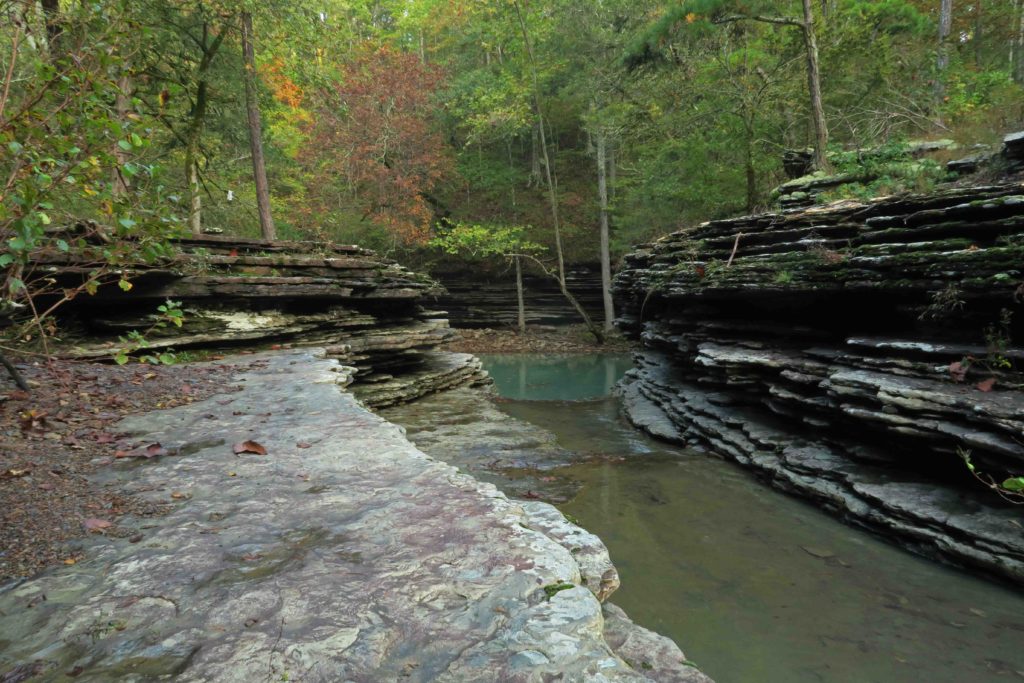 Cedar Creek, where we filtered water

Come to the Ozarks and experience the beauty, the colors, and the people, both past and present. I’ll even guide you on the trails with my new guidebook, Five-Star Trails: The Ozarks.